Pluralism and the Pandemic

Canada’s Role on the Global Stage in the Post-Pandemic 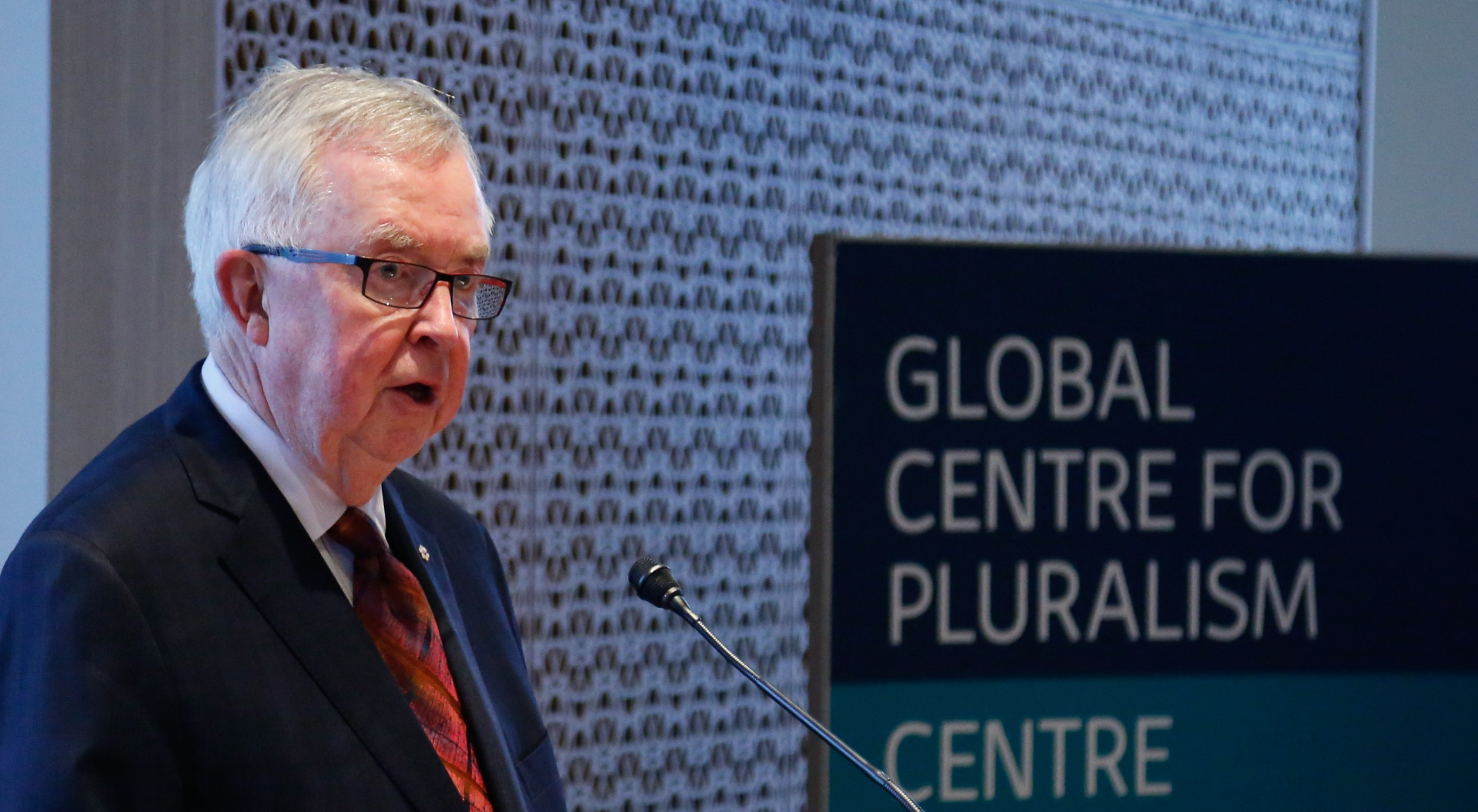 Mr. Clark was elected eight times to the House of Commons of Canada, serving as Canada’s youngest Prime Minister (1979-1980) and one of the most distinguished Secretaries of State for External Affairs (Foreign Ministers) in Canadian history (1984-1991), then becoming Minister of Constitutional Affairs. Mr. Clark played a key role in some of the defining accomplishments for pluralism in recent history – the Commonwealth campaign against apartheid, the Ottawa conference which agreed on the “two plus four” formula to unite Germany at the end of the Cold War and the negotiation of the Charlottetown Accord in Canada (a complex Canadian constitutional accord among the federal government, the provinces and territories, and indigenous peoples). Today, as he sits on numerous Boards and Foundations, he applies that experience to promoting democracy and encouraging innovation and practical reforms in the developing world.

He is Chair of the Global Pluralism Award international Jury.

Covid-19 has lifted each of us out of our narrow or familiar focus. There is a gathering sense of a fateful challenge which we cannot individually manage or mitigate, except together.  Whatever our differences, we have been jolted into a sense of shared community.

What should we learn from this experience of profound vulnerability, beyond our individual or national control?

How do we strengthen our collective capacity to survive and thrive in a world where grave threats and surprises are certain to recur?

Canada and pluralism both have key roles in responding to those central questions.

Pluralism can sound like a high-minded prescription. Instead, it is a description of the respect, co-operation and shared purpose which make communities work – whether villages or neighbourhoods, nations or organizations, or informal associations. The words “community” and “pluralism” both mean “more than one”.

I have the honour of chairing the jury of the Global Pluralism Awards, whose remarkable recipients clearly demonstrate that pluralism is a practice, not a theory. The recipients are transforming lives in every geography and sector, and demonstrate the power of working collectively to drive change:

Beyond the spotlight of any awards, that pluralist instinct is the signature, and motivator, of thousands of citizen volunteers in service clubs, local governments, and community groups which routinely help the aged, the ill, the young or the recently-arrived.

Historically, in Canada, that instinct to respect and co-operate inspired the creation of this country of differences. Of course, we have often failed. And, we have been blessed with extraordinary material assets and advantages. But what distinguishes this huge, multicultural, and accomplished country is our frequent success in respecting and mobilizing our diverse human interests. Governments play a role, but this is primarily a story about citizen success.

Whether the challenge has been fighting famine, or welcoming refugees, or rescuing hostages, or securing safe landings for transcontinental planes, we are the country that welcomes those that “come from away” in times of great need. For all but the indigenous people, that is how our Canadian families began – coming from everywhere, respecting, and thus managing, our real differences, and building community together. Perhaps some of these lessons of history inspired in us the aspiration to build a nation founded in respect, community, active citizenship and humility. From a country initially defined by our “commodities”, we have become a country of “communities”.

Among Canada’s challenges, as the world emerges from shock and “distance”, is how our pluralist instincts and experiences of community-building might enrich and guide post-covid international recovery.

Certainly, the contemporary world appears to be more “apart” than together.

In this context, how can partnerships around health, economics and security be encouraged? How can respect replace suspicion?  How can individual interests contribute to shared interests? How can community be made to work?

Canadians have had a significant role in addressing these questions.

Canadians are relatively modest about those qualities, and should certainly not exaggerate or evangelize them. Without doubt, many of them reflect our potential more than our performance. But neither should we deny these attributes which reflect community and pluralism in practice, and which can be unusually valuable now.

We have risen to global challenges before and there is a clear need for changes now. Canada’s significant and growing strengths include precisely the capacity to draw consensus from diversity. That talent is unusually relevant today in a world jolted by pandemic and aware of the need to reform.

Pluralism can sound like a high-minded prescription. Instead, it is a description of the respect, co-operation and shared purpose which make communities work – whether villages or neighbourhoods, nations or organizations, or informal associations. The words “community” and “pluralism” both mean “more than one”.

Supporting Women Entrepreneurs Through the Pandemic, From Government to the Private Sector

Inclusive Economic Recovery in African Cities and Beyond